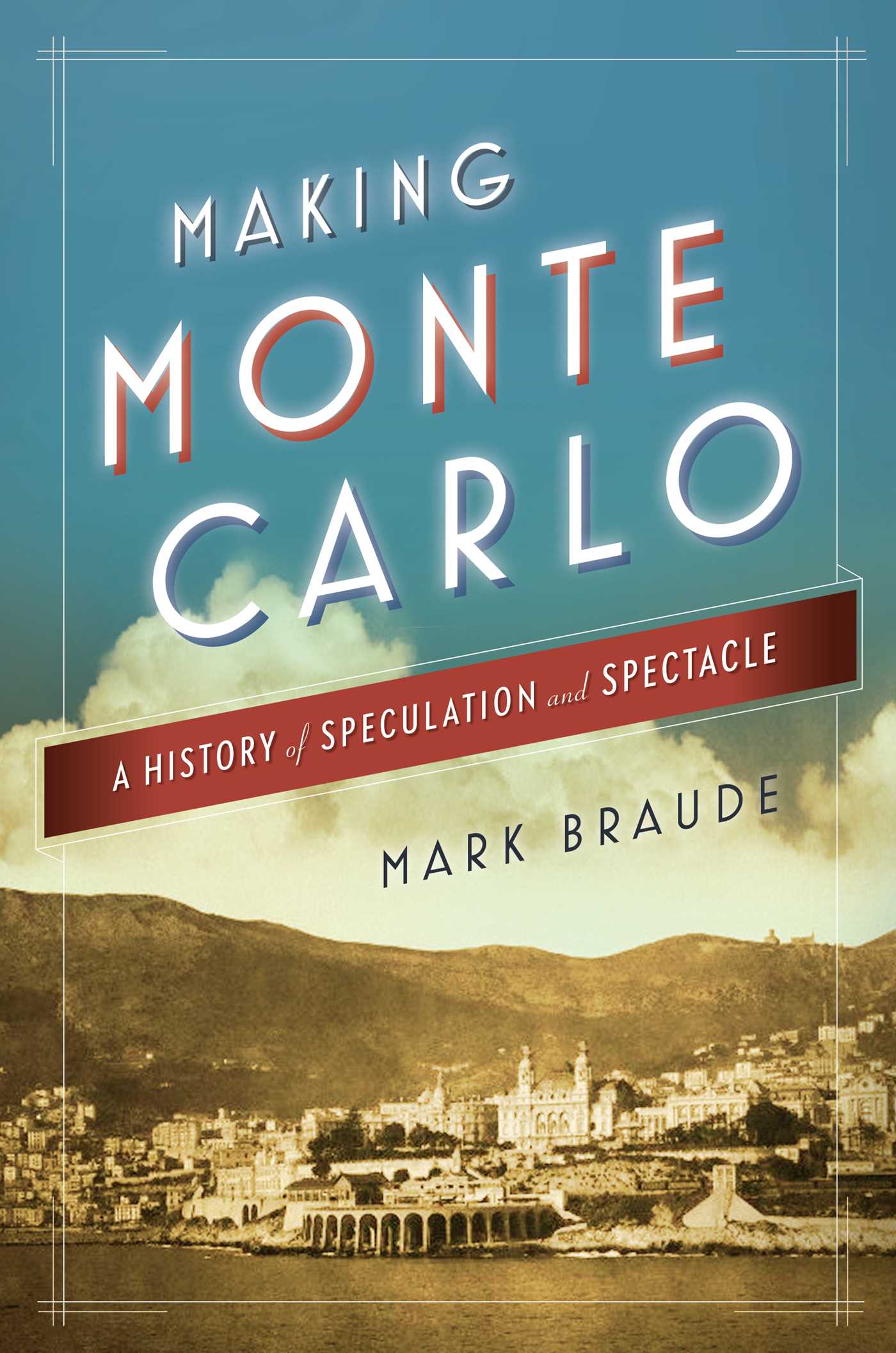 Making Monte Carlo: A History of Speculation and Spectacle

Monte Carlo has long been known as a dazzling playground for the rich and famous. Less well known are the shrewd and often ruthless strategies that went into creating such a potent symbol of luxury and cosmopolitan glamour. With a star-studded cast – featuring Pablo Picasso, Coco Chanel, and the Fitzgeralds – MAKING MONTE CARLO traces the roller-coaster history of how a small, rural town grew into the prosperous resort epicenter of the late nineteenth century and rose again to greatness out of the ashes of WWI.

Here’s what people are saying about MAKING MONTE CARLO:

Monte Carlo is a place that lives at the edge of our collective imagination: the locus of sensational daring and spectacular wealth. Mark Braude’s fluent, detailed account puts flesh on those bones, revealing a largely overlooked history as capacious and dramatic as a nineteenth-century thriller. – Luc Sante

[A] stirring account…Braude’s fluent and fast-paced writing style is ideally suited to his subject matter, which is all about vision, speed of thought and execution. – Financial Times

It was a wily Frenchman — and former cardsharp — who understood that by giving gambling an aura of class, royalty, millionaires and any number of fools could be persuaded to part with their money…Clearly, when it comes to Monte Carlo, there is never “no more bets.” – New York Times Book Review

Braude tells how a Victorian-era gambling impresario transformed a sleepy village in resource-free Monaco into a glittering, casino-filled playground for the rich and famous — long before Las Vegas was even a dream. – New York Post, ‘This Week’s Must-Read Books’

Charts the history of how the city developed from the first casino resort in the 19th century to the epitome of cosmopolitan cool. – The National (UAE), ‘Top Books of the Week’

Excellent…The primary pleasure in Making Monte Carlo comes from watching the various eccentrics, lowlifes, high-rollers, and famous artists stroll in to take a seat at the table. – The Millions

[An] intriguing look at the creation of Monte Carlo through the people and their stories, sometimes true and sometimes exaggerated, which helped make the place what it is today. – Library Journal

“A delicious dive into how and why this tiny rock on the Med turned itself into the archetypal sunny place for shady people.” – Robb Report, ‘Summer Reads’

Part thriller, part historical narrative, Braude’s tale is a must-read for anyone interested in money, power and scandal, which is just about any of us. Writing with breezy prose and authoritative research, Braude delves into the seedy world behind Monte Carlo’s glitter with gusto.  -Mary Pilon, bestselling author of The Monopolists

Braude’s deftly written Making Monte Carlo is social and cultural history at its best. Above all, it is an object lesson in the modern art of promotion. Contrary to Sam Spade, Braude demonstrates that nothing quite pays off like the stuff that dreams are made of. -Kenneth E. Silver, author of Making Paradise: Art, Modernity, and the Myth of the French Riviera 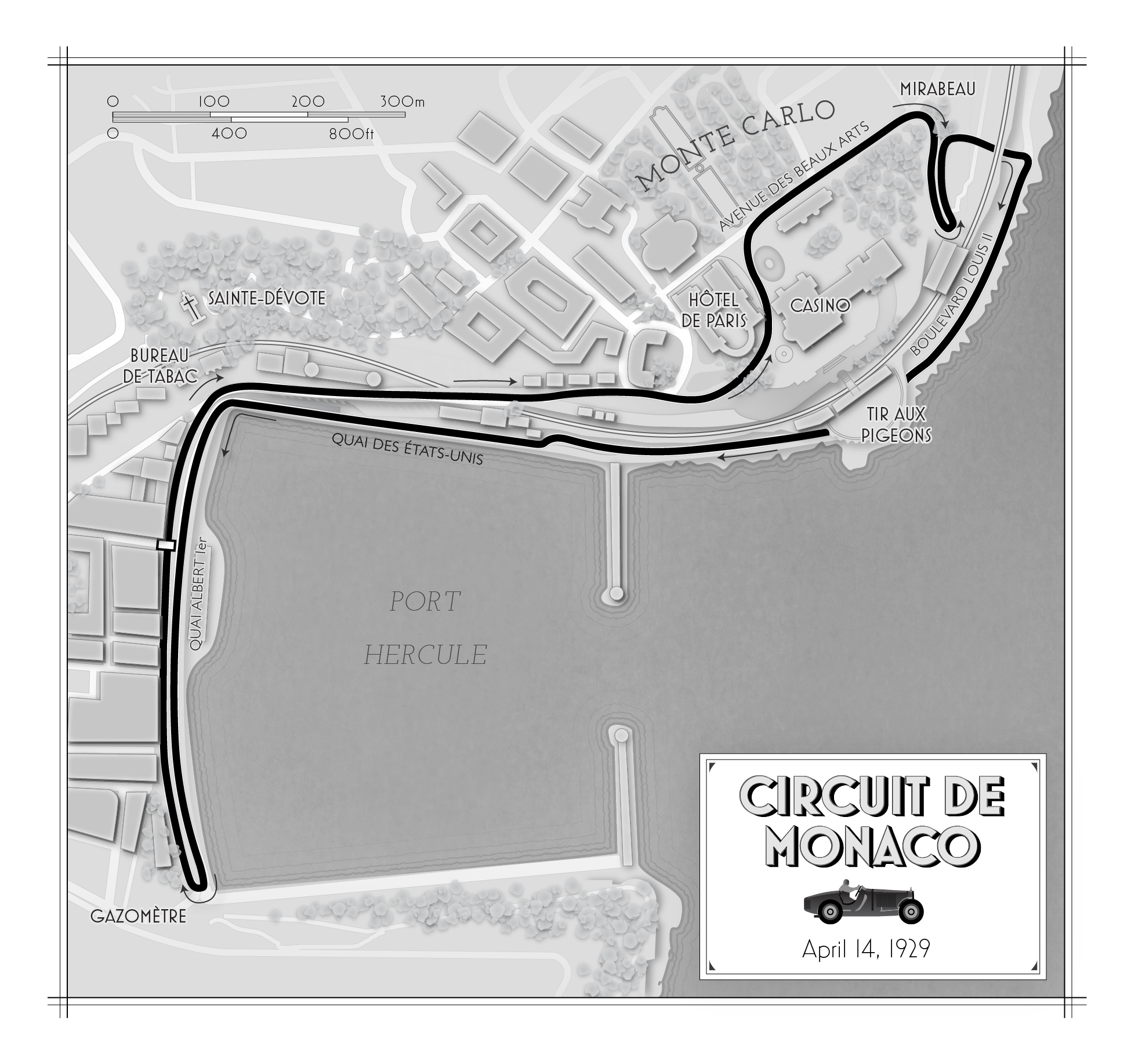 It came vividly to Selden on the Casino steps that Monte Carlo had, more than any other place he knew, the gift of accommodating itself to each man’s humour.

—Edith Wharton, The House of Mirth

IN 1863 WORK BEGAN on a new town at the eastern edge of the tiny principality of Monaco. By the close of the next decade the Monte Carlo casino-resort had emerged as the world’s gambling playground of choice.

In the same era, the color poster gained favor as a form of mass advertising. Posters could be printed cheaply and distributed widely, and they came out as glossy and disposable as the attractions they sold. Designed to grab the attentions of passersby hurrying through crowded urban spaces, they seduced by offering glimpses into the forbidden. Posters advertising Monte Carlo promised a town without shadows, where sun-kissed lives played out on clay courts and under canvas sails. They featured fast men and fast women doing fast things in fast machines. Only rarely did the posters show the casino that funded their production…