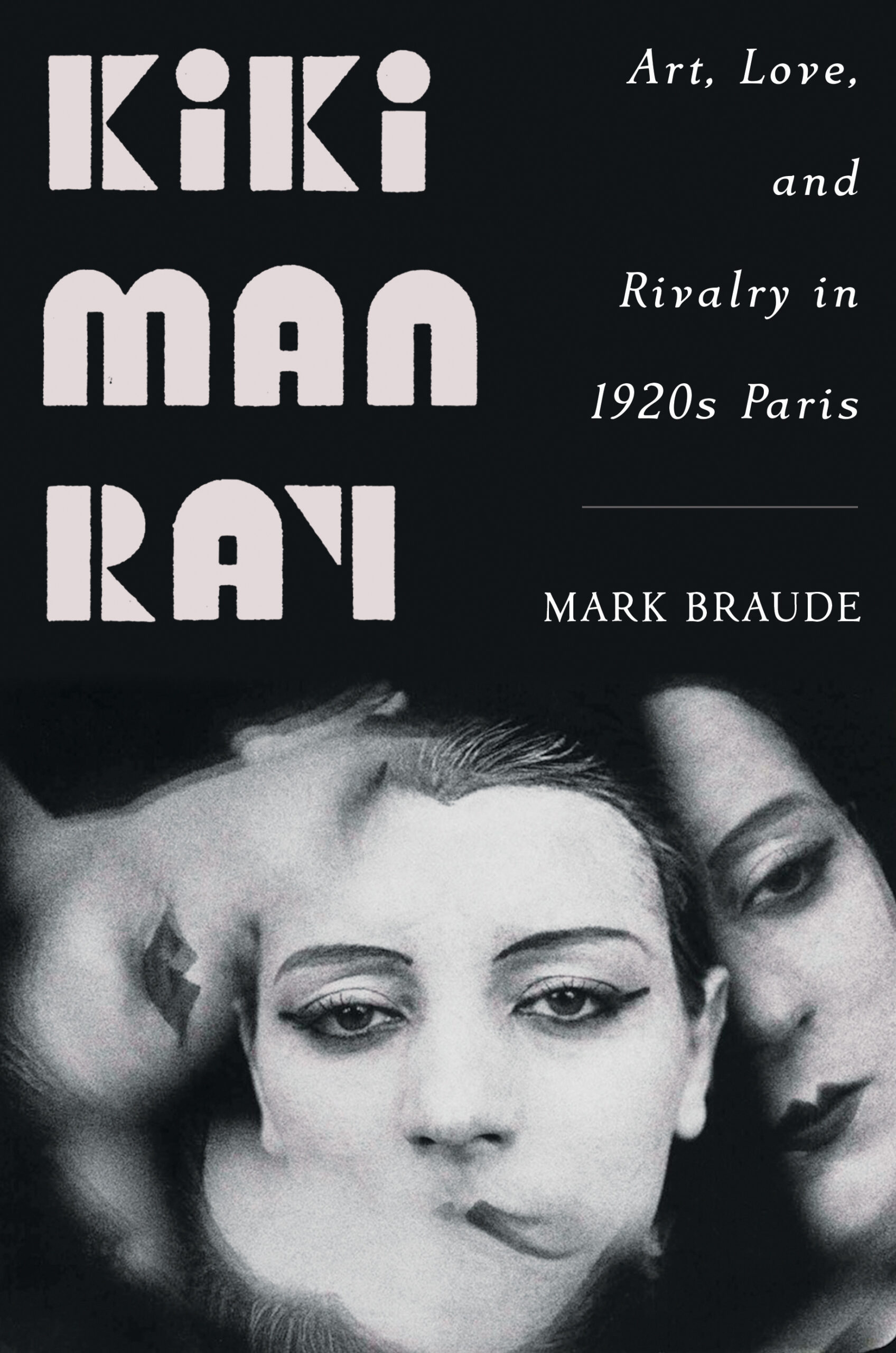 Author Q & A / Sample the AUDIOBOOK

In  freewheeling 1920s Paris, Kiki de Montparnasse captivated as a nightclub performer, sold out gallery showings of her paintings, starred in Surrealist films, and shared drinks and ideas with the likes of Jean Cocteau and Marcel Duchamp. Her best-selling memoir—featuring an introduction by Ernest Hemingway—made front-page news in France and was immediately banned in America. All before she turned 30.

Kiki was once the symbol of bohemian Paris. But if she is remembered today, it is only for posing for several now-celebrated male artists, including Modigliani and Calder, but especially for Man Ray. Why has Man Ray’s legacy endured while Kiki has become a footnote?

Kiki and Man Ray met in 1921 during a chance encounter at a café. What followed was an explosive decade-long connection, both professional and romantic, during which the couple grew and experimented as artists, competed for fame, and created many of the shocking images that cemented Man Ray’s reputation as one of the great artists of the modern era. The works they made together, including the Surrealist icons Le Violon d’Ingres and Noire et blanche, now set records at auctions.

Charting their volatile relationship, historian Mark Braude illuminates for the first time Kiki’s seminal influence not only on Man Ray’s art, but on the culture of 1920s Paris and beyond. As provocative and magnetically irresistible as Kiki herself, Kiki Man Ray is the story of an exceptional life that will challenge ideas about artists and muses—and the lines separating the two. 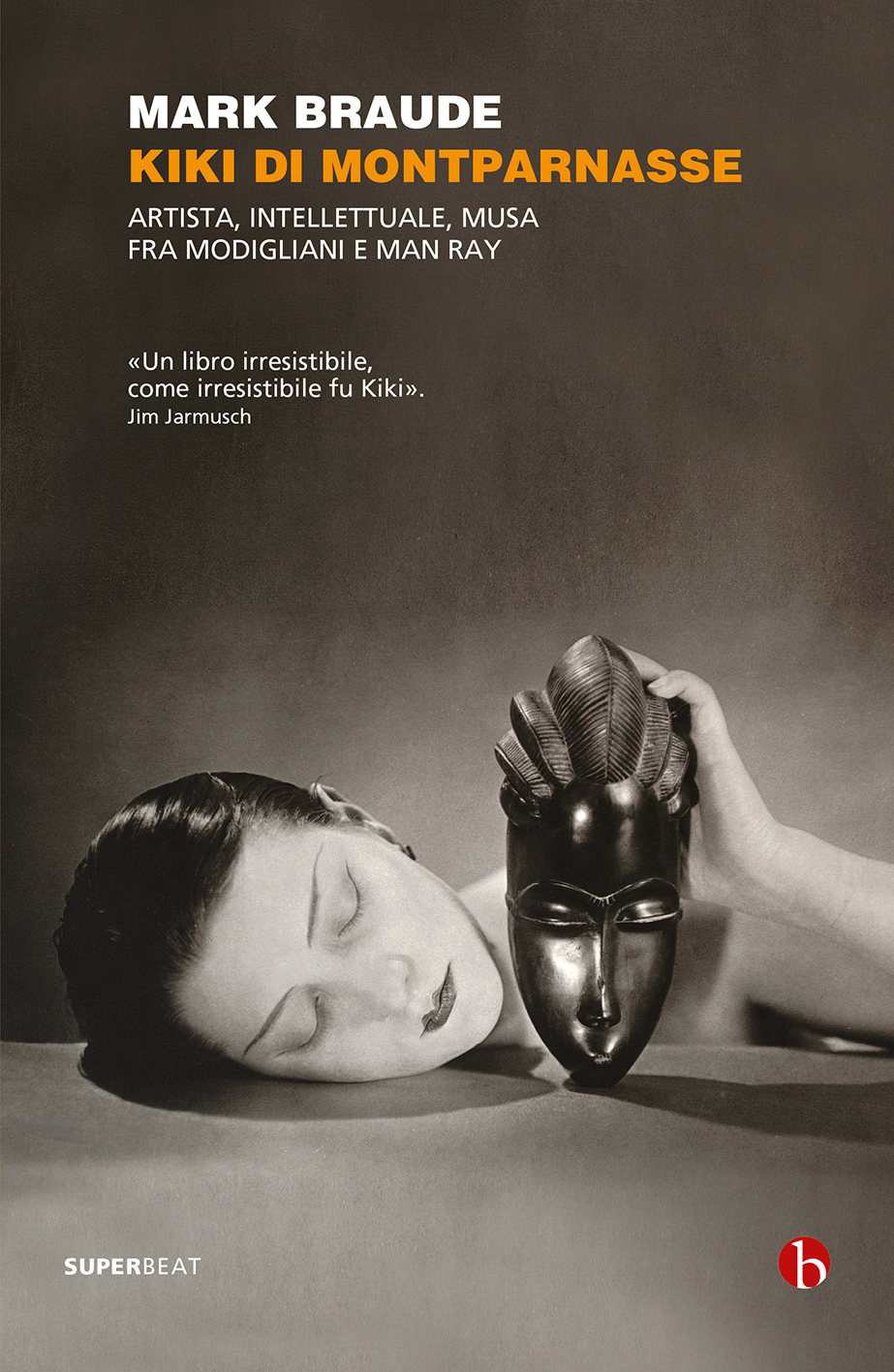 Braude’s exuberantly entertaining biography sets out to rebalance the much-told story of Left Bank Paris, in which Kiki — model, memoirist and muse — is usually cast as a bit player. He brings that milieu to life in all its grit and energy — but also the larger sociopolitical pressures that myopic mythmaking leaves out. -Joanna Scutts, New York Times (Editor’s Choice)

Exquisitely crafted… Sharp and succinct, Mr. Braude’s three pages on “Le Violon d’Ingres” alone are worth the price of the hardcover, but the book’s muse is the real draw… KIKI MAN RAY rescues its protagonist from the dustbin of history and advocates eloquently for the vitality and importance of the world she helped to forge. -Hamilton Cain, Wall Street Journal

[A] heady romp through the galleries and nightclubs of interwar France. –Vogue

In a splendid new biography, Kiki Man Ray, cultural historian Mark Braude brings [Kiki] vividly to life and argues that she deserves to be remembered as a significant cultural figure in her own right, “a reality star for surreal times.” –Ann Levin, Associated Press

Absorbing and insightful… [Braude] has written a biography worthy of [Kiki], alive with anecdote and incident… You just become so glad to know her – at least, I did, after having thought of her, stupidly, as an adjunct to other artists…She was a marvel. -Charles Finch, Boston Globe

A lively study of [Kiki de Montparnasse] who exemplified [a] cocktail of high spirits and a heedless self-destruction. –The Times UK

Braude’s biography argues that the pair’s long love affair was mutually galvanizing, and that Kiki was not just a muse but an artist in her own right. –The New Yorker, Best Books of 2022

[Makes] the case…that [Kiki] was far more than Man Ray’s party-girl companion – that it was, in fact, her vitality, her connectedness in artistic networks, and her intuitive understanding of his creative process that hoisted Man Ray on to the highway to fame. -Michael Bird, The Telegraph

[Immerses] the reader in a world where everyone was pushing their creativity in unimaginable directions…a vivid evocation of Kiki the performer. -Artemis Cooper, The Spectator

In Braude’s snappy prose, [Kiki and Man Ray’s] dangerous romance plays out like a Netflix series. Familiar territory is given a dynamic reframing as the action cuts from makeshift studios to seedy hotel rooms to prison cells, like a whistle-stop sequence of drone shots. –Simeon House, The Mail on Sunday

Mark Braude’s spirited and thoroughly researched account brings [Kiki] to life, highlighting her belligerent nature and generous spirit, as well as her activities as an artist and writer…Braude’s colourful evocation captures the heady atmosphere of a Paris still traumatized by the First World War. His Montparnasse is richly peopled. -Elza Adamowicz, Times Literary Supplement

If the only ‘Kiki de Montparnasse’ you are aware of is a lingerie brand, please check out this top-notch, highly readable nonfiction from cultural historian Mark Braude right now. There was a real Kiki, and she’s worth knowing. -Cat Auer, A.V. Club

[Kiki] is a vibrant force in a colorful world—and the heart of Braude’s history. A rich, affectionate look at bohemian Paris. —Kirkus Reviews

Braude’s affectionate biography is here to shine a light on the woman behind some of the most scandalous images of the Surrealist movement. As irresistible as it is overdue. –Chicago Review of Books

Kiki de Montparnasse, born Alice Prin and muse to Man Ray, finally gets her literary due in this, the very first biography to center her story — it’s filled with tales of artistry (and partying) in the Roaring ’20s of postwar Paris. -Seija Rankin, The Hollywood Reporter

Compelling…[Braude] write[s] with a lyrical touch rare among biographers….Rather than discard the figure of the muse, Braude’s biography points to the possibility of collectivizing it. -Justin Tyler Clark, Los Angeles Review of Books

The incredible life story of Kiki de Montparnasse is so unlikely, it almost reads like fiction. –Artnet News, Best Art Books of 2022

Braude has captured the rich bohemian life of interwar Paris. In his robust cultural history, Braude evokes the dynamics of the era through the lens of Kiki, Man Ray’s overlooked muse who, over their stormy years together, made herself a full-fledged artistic force in his work. In recovering Kiki, Braude recalls a great act of self-creation as she made herself a work of art. –National Book Review

Kiki gets her rightful due in this fast-paced book that also tells the story of the creation of the most expensive photograph in the world: Le Violon d’Ingres.. –Octavian Report, Best Books of 2022

Kiki de Montparnasse was more than a muse—she was a vivacious, independent woman whose talent and magnetism helped make Paris the center of the art world in the 1920s. In Mark Braude’s riveting cultural history, the Queen of Montparnasse rises again. This is a lively and compassionate tribute to the chanteuse, model, and portraitist who held center stage in her life, and who inspired some of the finest surrealist art of the twentieth century.—Heather Clark, author of Pulitzer Prize-Finalist Red Comet: The Short Life and Blazing Art of Sylvia Plath

Finally a detailed and entertaining account of Alice Prin, a/k/a Kiki de Montparnasse, and her artistic and romantic relationship with Man Ray. Best known as a popular (and usually nude) artists’ model, Kiki was a singer and performer, a painter, writer, and the central female instigator for the avant-garde demi-monde of Paris in the 1920s. Mark Braude’s writing and subject make this book irresistible, as was Kiki herself. —Jim Jarmusch

Paris in the 1920s: Picasso captured it in paint, Joyce in words, Chanel in a scent. Man Ray captured the city in his photographs, especially in his photographs of a singular muse: Kiki de Montparnasse, a hostess, a celebrity, a cabaret performer, a woman whose bawdy, heart-felt songs were the pulse of Paris. In Kiki Man Ray, Mark Braude turns the tables–and the lens–and gives us a unique portrait: Man Ray from the perspective of that celebrated muse and her ephemeral art of performance. – Tilar J. Mazzeo, New York Times­-bestselling author of The Hotel on Place Vendôme

Kiki de Montparnasse—model, muse, artist—is the sole realist in a room of surrealists. Unafraid of contradiction, she lived the fast life in the stillness of a pose, the intimacy of a public dream. Beautifully written, with a light touch and wise eye, Mark Braude’s book arranges the elements of Kiki’s life, letting radiant patterns emerge. – Alexander Nemerov, author of Fierce Poise: Helen Frankenthaler and 1950s New York

A delightful, marvelously readable, meticulously-researched romp of a book, Kiki Man Ray brings to life not just the kaleidoscopically talented Kiki herself, but the endlessly fascinating Montparnasse milieu over which she reigned. – Whitney Scharer, author of The Age of Light

Kiki Man Ray is a thoroughly researched and gracefully written life of the (until now) underestimated model, performer, painter, actress, and influencer known as Kiki de Montparnasse.  Mark Braude’s biography brings her out of the wings and sets her firmly center stage in this evocative portrait of artistic life in the Paris of the 1920s. – Carolyn Burke, author of Foursome and Lee Miller

Kiki’s never sure if she’ll perform, until she does. Sometimes she’s not in the mood, says she’s too drunk. It’s different now that people come here to watch her, now that she stands in front instead of among them. They clang their cutlery and chant her name until she takes her place in the light and starts her slow-motion dance, no distance to lend her mystery, no stage to make her majestic, everyone sharing the same heat and smelling the same sweat.

She crafts her performances to suit the needs of their small society. She tells them stories about themselves they already know but want retold. Stories of orphanhood, widowhood, lovesickness, soul troubles, deceptions, gunshots, stories of ghosts, of sailors lost at sea. But also stories of pleasure, ingenuity, mischief, connection, of charming swindlers and sweet revenge, stories of good food and red wine, lucky cards and long-shot horses.

Her melodies are sweet and repetitive, music for organ grinders and dancing bears. She distorts her messages as she sends them, sways her head, runs a hand through her bobbed black hair, wrinkles her pointy nose, slumps her shoulders, fusses with her thin shawl, grinds her hips, flutters her hands. She knows when to purr, when to growl, is an expert in the well-placed sneer. She can be haughty, even cruel. But a warm bass note thrums throughout. She’s carried along by joy…