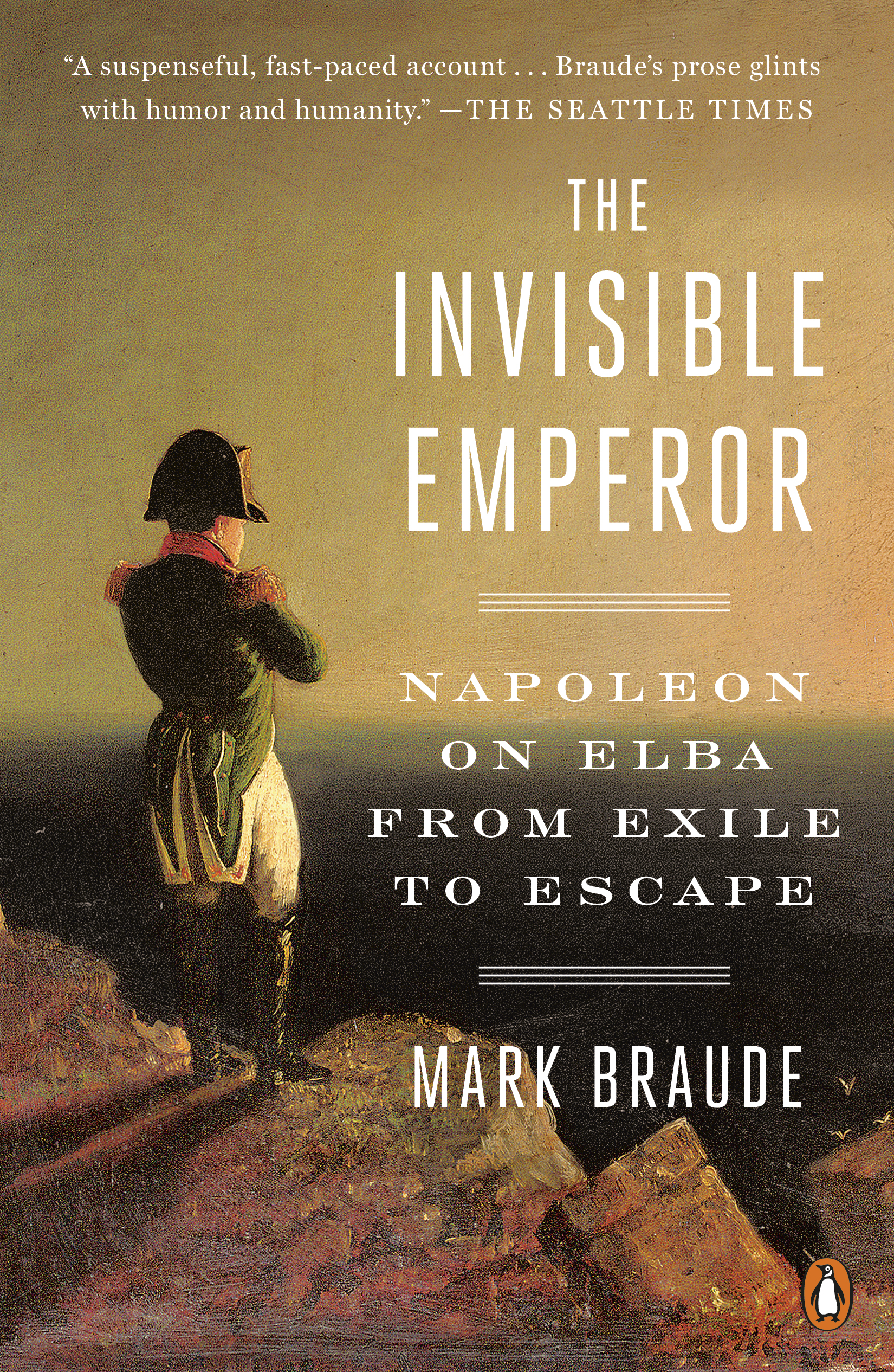 The Invisible Emperor: Napoleon on Elba From Exile to Escape

Get your copy here:

Also Available as an Audiobook. Listen to a preview here.

In the spring of 1814, Napoleon Bonaparte was defeated. Having overseen an empire spanning half the European continent and governed the lives of some 80 million people, he found himself exiled to less than a hundred square miles of territory. Part forensic investigation, part dramatic jailbreak adventure, INVISIBLE EMPEROR traces a narrative history of Napoleon’s ten-month exile on the Mediterranean island of Elba. This is a story that asks us to think carefully about how quickly ideas, no matter how preposterous, quixotic and grandiose, can leap from the imagination into reality. 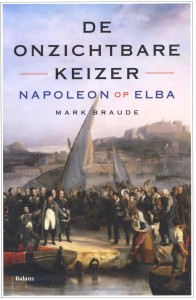 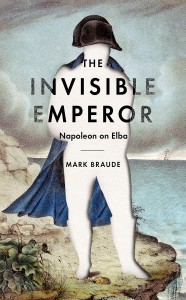 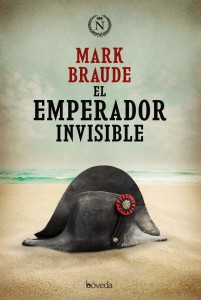 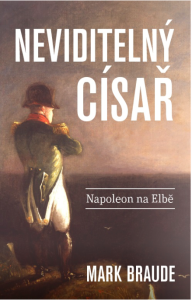 Here’s what people are saying about INVISIBLE EMPEROR:

Mark Braude’s The Invisible Emperor paints a charming picture of [Napoleon’s] brief first exile, and points to the stray indications that Napoleon remained on the lookout for a chance to escape and make a comeback. –New York Review of Books

A lively and insightful account.…Braude has a wonderful eye for the striking image or scene, and establishes the peculiar world of Napoleon’s Elba through vignettes by turns humorous and poignant. – Times Literary Supplement

One of the “endlessly entertaining, undeniably original, change-your-life books” of the past year. –The Oregonian, Best Books of 2018

For readers of French history, there is little about the Napoleonic legend that isn’t fascinating, and as Braude proves, the time spent on Elba is no exception. –Library Journal, Starred Review

Braude renders Napoleon Bonaparte’s 10-month exile on the tiny Mediterranean island of Elba and his brief return to power in 1815 in short, punchy chapters that read like an exciting novel, or an episode of Prison Break. [Braude] has a talent for looking at history from a slant. —National Book Review

This non-fiction book reads very much like a novel, combining romance, drama and the allure of a prison escape…This tale of the emperor’s plotting during his first island exile is recommended. – Historical Novel Society

A history of Napoleon’s short first exile, rendered in short, punchy chapters. . . . It’s great fun reading about the Allies’ attempts to predict his destination, and those anecdotes reinforce our knowledge of the emperor’s great talents.—Kirkus Reviews

[Braude’s] view of a man still caught up in his own self-image—one which, it must be admitted, was shared by many others—is intriguing. —BookPage

The improbable and riveting story of one of history’s most celebrated jailbreaks. –MHQ: The Quarterly Journal of Military History

The spell that Napoleon continues to exert is attested to in Mark Braude’s detailed study of his exile on Elba…With his customary energy, the fallen emperor put in train public works in this miniature empire, transforming the island, before attempting the last gamble in a life of such daring ventures. –The Spectator

[The Invisible Emperor] has a whole lot to add to the existing Napoleon biographies. –Trouw (Netherlands)

[This story of] a caged lion surrounded by sycophants, spies, and curiosity seekers [is] fascinating. -De Volksrant (Netherlands)

Presented in a narrative rich with curious details and a surprising intimacy, The Invisible Emperor manages to humanize an epic history and life about which so much has been written over the past two centuries. -New Books France

A particularly authentic and intriguing account of this little-known period in Napoleon’s career….Braude is a fine historian and a talented writer. –The French Review

[A] born storyteller…Braude brings this exceptional tale to life with panache and incisive detail. -H-Diplo

The story of Napoleon’s first exile, starting with his military defeat and failed suicide attempt, and ending with his return to France and to power, is one of the most dramatic in all of history. Mark Braude tells this story with the eye of a novelist and the sure hand of a seasoned historian. The Invisible Emperor is a brilliantly vivid account of the tiny realm of Elba that the exiled monarch ruled for ten months, his captors, his entourage, and, above all, of the extraordinary figure of Napoleon himself. —David A. Bell, Lapidus Professor, Princeton University, author of Napoleon: A Concise Biography

In their haste to reach Waterloo and Saint Helena, Napoleon’s historians habitually pass speedily over the 300 days that the ex-Emperor spent in 1814-15 as ruler of the principality of Elba. Mark Braude has had the ingenious idea of slowing down history and indeed historians and lingering thoughtfully over this neglected island episode. His careful and compelling microscopic reconstruction of this moment in Napoleon’s extraordinary odyssey is a historical tour de force. —Colin Jones, author of Paris: The Biography of a City

This is the story of how a man who had conquered a continent was transformed by an island. Defeated and suicidal, Napoleon departed France in disguise and was exiled to Elba with one ship, a small army, and his mother. He reformed Elban society, read voraciously, and cheated at cards—all while plotting his escape. The Invisible Emperor reveals the lesser-known Napoleon backstage from history and preparing his final act. Braude’s thorough research and eye for telling detail breathe life into an incredible story of determination. —Kevin Birmingham, author of The Most Dangerous Book: The Battle for James Joyce’s Ulysses

Of the many chapters in the great ‘Napoleonic novel,’ few are more loaded with possibility and peril than Napoleon Bonaparte’s exile to, and escape from Elba in 1814. With vigorous prose and rich attention to detail, Mark Braude fashions a mesmerizing narrative about a former emperor caught between the fate Allied powers had assigned him and the destiny to which he surely was bound. The Invisible Emperor uncovers profound human drama in the story of a political creature who, defying reason and disregarding collateral damage, needed a historical stage to prove that he was still alive. —Stéphane Gerson, Professor of French and French Studies NYU, and author of Nostradamus: How an Obscure Renaissance Astrologer Became the Modern Prophet of Doom

Mark Braude navigates complex motives and wavering loyalties to tell the intriguing story of the fall and rise—and fall again—of Napoleon. He offers an intimate portrait of the dethroned emperor, both his humiliation and his resilience, as the grand panorama of history suddenly comes to focus on a few rocky acres of island. A wonderfully readable evocation of a place and time—and of one of history’s most eternally compelling figures. —Ross King, bestselling author of Brunelleschi’s Dome and Michelangelo and the Pope’s Ceiling

One of the great mysteries of European history is how the fallen emperor Napoleon managed to escape his confinement on the Mediterranean island of Elba under the supposedly watchful eye of the Royal Navy. Mark Braude unravels this fascinating episode with all the skills of a historian and all the talent of a natural storyteller. Anyone interested in the amazing roller-coaster of Napoleon’s road to Waterloo will find much enlightenment here.—David Bellos, author of The Novel of the Century: The Extraordinary Adventure of Les Misérables

IT ALL FELL APART quite quickly. From the towers of Notre Dame and some of the higher r

ooftops, people watched through telescopes as invaders breached the outskirts of Paris on the night of March 29, 1814. Cossacks crouched round their watch-fires atop Montmartre, the sounds of their eerie music drifting down into the village below. They were toasting to the death of the miller of the Moulin de la Galette, whose ravaged body was tied to one of the mill’s sails, or so went the rumor.

Parisians had good cause to be terrified just then. Fearing the populace’s revolutionary potential as much as any foreign force, French officials decided against distributing arms en masse, even after troops failed to hold the enemy beyond the gates. This left the city’s defense to the twelve thousand members of the Paris National Guard, facing a force nearly ten times larger…